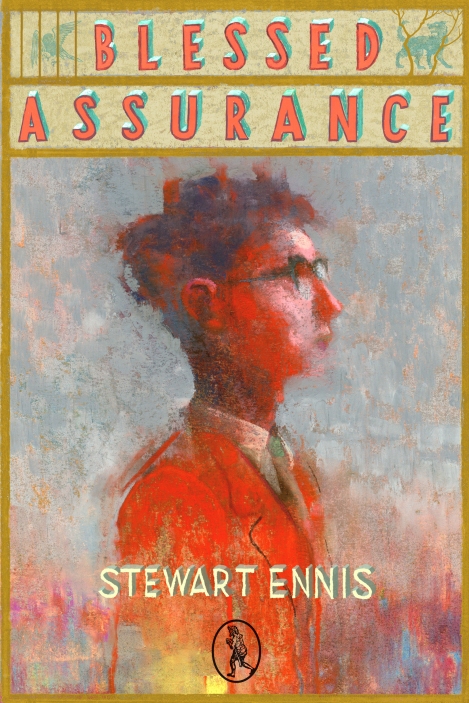 “This is the writer I always dreamed of finding – a born stylist with a story as intimate and vast as all creation. Ennis is the Scottish James Joyce.”
Meg Rosoff (How I Live Now, Jonathan Unleashed)

“Stewart Ennis’s debut novel hovers constantly between comedy and tragedy. Small town Scotland is seen in perceptive detail through the eyes of an eleven-year old boy. Characters, like his fundamentalist grandmother, like the unforgettable itinerant preacher, Benjamin Mutch, leap into our heads and take us over. Steeped in matters of faith and rejection, the book offers a rare and fascinating glimpse into a past world which makes you turn the pages in a quest for answers.”
Bernard MacLaverty (Midwinter Break, Cal, Grace Notes)

“Stewart Ennis has drawn on his own faith fixated upbringing to recreate a sixties childhood like no other. We meet characters Mark Twain or Flannery O’Connor would have been proud to have begotten.  Cumulatively these vignettes take on a mass and momentum that propel this deep and deft, richly rewarding debut novel towards precincts of the psyche as yet unprowled in contemporary Scottish fiction.”
Donny O’Rourke (Dreamstate: the new Scottish Poets)

“A fascinating piece of literature.  Joseph Kirkland is a character that feels both authentic and timeless. […] A beautifully crafted novel. […] I found the whole feeling of the book to be one of almost mystical beauty.”
A Little Haze: Literary Book Blog

“This is a vibrant and tense book […] brilliantly crafted by Ennis, with characters and the sense of community reminding me of people from my own home village all these years later. […] A beautifully written and ambitious debut, which is well worth the leap of faith.”
The Common Space

“Ennis’s strong debut novel perfectly captures the claustrophobia of small town life. There is a distinct feeling of a world on the brink of collapse. With its simmering tensions and bloodstained bibles, Blessed Assurance reads like a Flannery O’Connor story with a distinctly Scottish twist. In this tragicomic tale of faith, grief and redemption, Blessed Assurance reminds us that ultimately it is people, and not religion, that will save us.”
Book, Bell & Candle

“Entertaining and funny, with tender and tragic strands, and surreal humour, this is an engaging and touching book.”
The Bottle Imp (ASLS Best Scottish Books of 2019)

Three Short Paragraphs Concerning  Teaching Creative Writing to Prisoners and How it Probably Helped My Writing More Than it Helped Theirs. 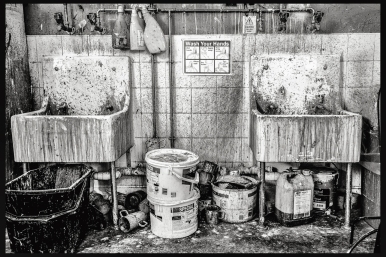 “Over the years I have written a great many stories and I still don’t know how to go about it except to write it and take my chances.” John Steinbeck

Six years of questions I couldn’t answer often left me feeling a fraud, a failure.  Why couldn’t I give the prisoners/ students the magical mathematical [x + y = well written story] formula they -and I – wanted? Maybe I should just have scribbled the Steinbeck quote on the black board every morning, rolled up my sleeves, and yelled, “Okay guys, let’s go for it! Let’s take a chance!”

I say ‘we’ because rather than sit behind my increasingly threadbare curtain of  knowledge like Oz the Great and Powerful,  we usually all wrote together, then critique each others work. When we did go for it, well, nine times out of ten, our results were pretty dismal. That’s shite, went the critics around the table. Then, out of the blue, something would appear like some rare bird, to take our breath away.  That’s good! I’d say. How is it good?  the writer would reply, baffled and sceptical and unable to see anything of worth in his own work. And that would lead to a whole other discussion; fascinating, without conclusion, and furthering the disintegration of my curtain of knowledge. 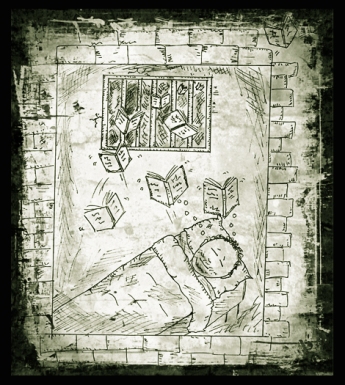 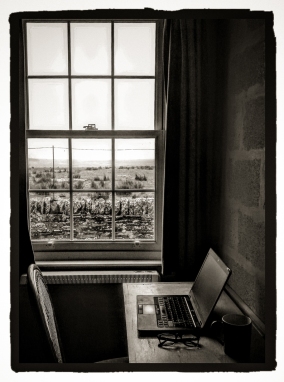 Working with men (occasionally women) in a maximum security prison has taught me a huge amount about my own writing and it really deserves more space than I’ve allowed it here. So, if you’d like to read more of my thoughts on the value of creative writing in a prison context, here’s a link to Bed Time Stories For Beginners, a little piece I wrote for Words Work Well: A Bibliotherapy Toolkit: http://wordsworkwellscotland.co.uk/lapidus_tool/e-bed-time-stories-for-beginners/

Page, Stage and Other Platforms

What you see below is a list of work that I’ve written over the years, for a variety of platforms;  stage, articles, literary publications, poetry readings and most recently, a novel. It says, Look I really have spent quite some time writing,  but it says nothing about what I’ve been writing about. On that note, here’s one of many things the great James Baldwin said that feels true:

“Every writer has only one story to tell, and he has to find a way of telling it until the meaning becomes clearer and clearer, until the story becomes at once more narrow and larger, more and more precise, more and more reverberating.”

And here is a list of all the different versions of my one story:

Further Links to My Writing Work