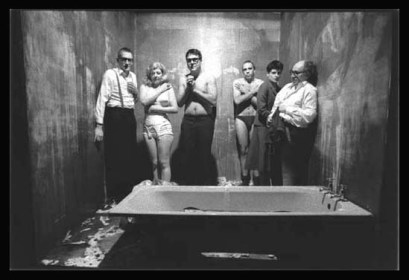 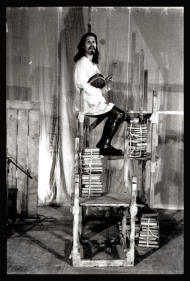 I trained in the mid 80s at East 15 Acting School in London under Maggie Bury Walker who had been part of Joan Littlewood’s Theatre Workshop. I have vivid memories of performing the 25th anniversary performance of Oh What A Lovely War to members of the original cast in the atmospheric Corbett Theatre a converted medieval barn named after actor Harry H Corbett – of Steptoe and Son fame – a core member of Theatre Workshop. Damon Alburn – later of BLUR -played piano. 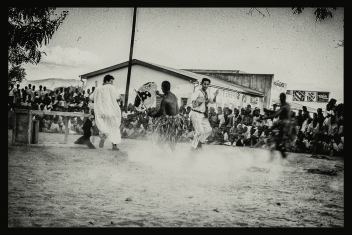 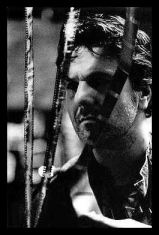 Stewart Ennis. with Flora – The Little Mermaid -The Arches 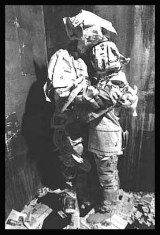 In the early 90s I trained with Philippe Gaulier in a class of 25 people from 20 different countries. Like many before us (Complicite, Told By An Idiot, The Right Size, Spymonkey) a year spent under the scrutiny of this brutally funny, insightful and inspirational teacher, filled us with a desire to go out and make theatre with our new found international kindred spirits.  I found myself in an ensemble of Gaulier-branded vagabonds called Theatre Bouffon which, having been banned from streets and fairs like their medieval ancestors before them, went on to become Benchtours … which was only ever banned from Thurso. 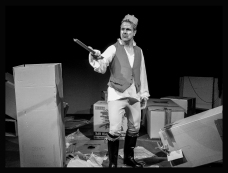 Stewart Ennis. with John Berger. on Play Me Something. Photo Jean Mohr.

Between 1990 and 2007  I worked with Benchtours on the creation of a number of inventive, profound and playful works, including; The Splitting of Latham,  The Death of Don Quixote, Ship of Fools, Haroun and the Sea of Stories, Limbo, Carnivale, Peepshow, (these last three being collaborations with Pete Brooks’ & Insomniac Theatre) The Bear and The Proposal, The Caucasian Chalk Circle and The Emperor’s Opera. 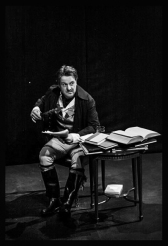 After a hiatus of several years, in 2014 the company was resurrected once again – in a slimmed down version with Pete Clerke & Catherine Gillard – and renamed The Occasion.  I have written two shows for them; The Taking of Zena Charbonne (2015)and The Monster and Mary Shelley (2018) and so far we haven’t be banned from anywhere. 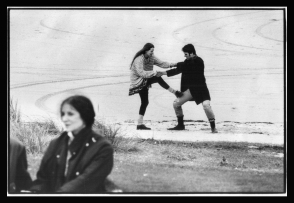 Stewart Ennis. With Tilda Swinton. on Play Me Something (photo Jean Mohr) 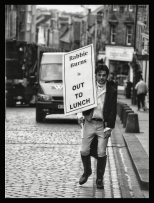 Since 1986 I’ve had the pleasure to make work with many of the passionate and creative  spirits that are the lifeblood of Scottish theatre; Communicado, Roughcast, S.D.G, The Tron, The Arches,  Hullabaloo, A Play A Pie & A Pint, ConFab, Giant, Reeling & Writhing, Dundee Rep, Paragon, Rapture, Eco Drama, Right Lines, TAG, as well as Theatre Sans Frontiers in Cumbria,, Theatre Urubaru in Finland and Tinderbox Theatre in Belfast.