He walked tentatively towards the future with no idea what to expect.

Stewart Ennis was born in 1961 in Bridge of Weir, (see photo above). After leaving school, he worked for a short time as a journalist before training as an actor at East 15 Acting School in London, and later at the Ecole Philippe Gaulier.

His performance, devising, writing, teaching, and photographic work has taken him to India, East Africa, Cuba, USA, throughout Europe and to some of the most remote and beautiful parts of Scotland.

In 1990 he co-founded the award winning theatre ensemble Benchtours (originally Theatre Bouffon and now reincarnated as The Occasion) with a group of fellow Ecole Philippe Gaulier alumni, and was involved in devising many of their international touring shows including; It’s A Boy, The Splitting of Latham, Ship of Fools, The Death of Don Quixote, Haroun & The Sea of Stories, The Emperor’s Opera, Limbo, Carnivale and Peepshow (the last three being collaborations with Pete Brooks’ & Insomniac Theatre)

As a playwright, his work includes; The Dark Room, Robert Burns’ Celtic Complex, One Straight Line, Tick One Box , The Taking of Zena Charbonne, The Monster and Mary Shelley, A Soup Song, and Instamatic.  During the current pandemic he’s written several online works for the National Theatre of Scotland, The Occasion and Visible Fictions.

Photographs often feature in his performance and writing work.  An obvious example of this can be seen in the INSTAMATIC, a collaboration with New Delhi photographer Khursheed Ali.

For a number of years he was Creative Writing lecturer at HMP Shotts. His prison work involved several collaborations with the Royal Conservatoire of Scotland, and a production of, A Thousand and One Antarctic Nights ( devised with prisoners, and performed to their children)  In 2019 he edited Visiting Time, an anthology of prison creative writing, published by Vagabond Voices.

He’s had several short stories, poems and essays published in a variety of anthologies and magazines, and is currently  co-editor of Causeway/Cabhsair and bi-annual literary magazine dedicated to new writing in all the languages of Scotland and Ireland, and published by Aberdeen University Press.

In 2019 he was awarded an Aberdeen-Curtin Alliance scholarship to study a PhD in Creative Writing in collaboration with the the University of Aberdeen and Curtin University, Western Australia. (currently suspended due to the Covid 19)

His debut novel, Blessed Assurance, was published by Vagabond Voices in December 2019, and he is currently working on a second. 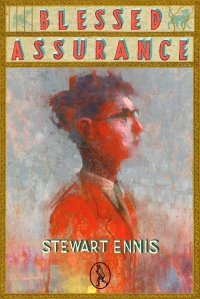 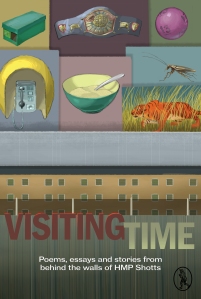